Today we gonna learn some useful tips to get the most out of Frankentoon’s set of vector-based liners for Affinity Designer: Octopus.

Octopus is a set of bad-looking, shaky and ugly brushes, exclusively created for Affinity Designer and, aimed to help you add a hand-mande and distressed look to your too-perfect vector drawings made with Designer.

Since this brush pack has full compatibility with Desktop and iOS versions of Affinity Designer, you’ll see screenshots of both platforms along this quick user’s guide.

Tip 1: Use Octopus brushes after making your drawing

Due to the chaotic and unpredictable nature of this pack, we recommend you having a clean drawing done first, before applying any of the Octopus brushes to your artwork. 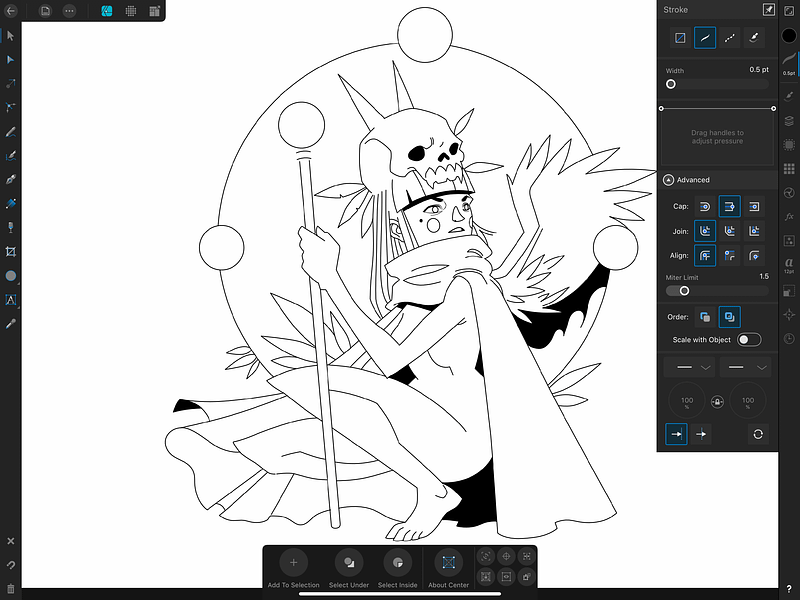 This way you’ll be able to start messing around with your illustration without any worries, knowing that you have a strong composition underneath. You’ll be also feeling more relaxed and open for experimentation.

The beauty of using vector-based brushes for inking work, is that you are allowed to have second thoughts during the entire process, without modifying your original artwork.

So you wanna start drawing with these brushes right away? Then you should be some kind of a rebel aren’t you?

If you decide to start tracing over your sketch or drawing right away using Octopus Brush Pack, we recommend you activate the Stabilizer function. Stabilizer creates less nodes when you draw freehand and, prevents brush strokes from behaving kind of ‘funny’.

Let’s see what we mean by funny on these examples:

You may have noticed that when you’re using some complex vector-based brushes, strokes tend to create certain weird loops all about the path [Fig.A].

That’s because our hands aren’t steady enough to create simpler paths and, Designer interprets these movements as extra nodes [Fig.B]. Sometimes they may look good, depending on the brush you’re using, but most of the times we’d want these extra nodes out of the equation.

When using the Stabilizer function, Designer has some extra time to process what we really want to draw [Fig.C].

Resulting in strokes with fewer and ‘cleaner’ nodes.

Tip 3: Fine-tune your strokes with the Pressure Curve. 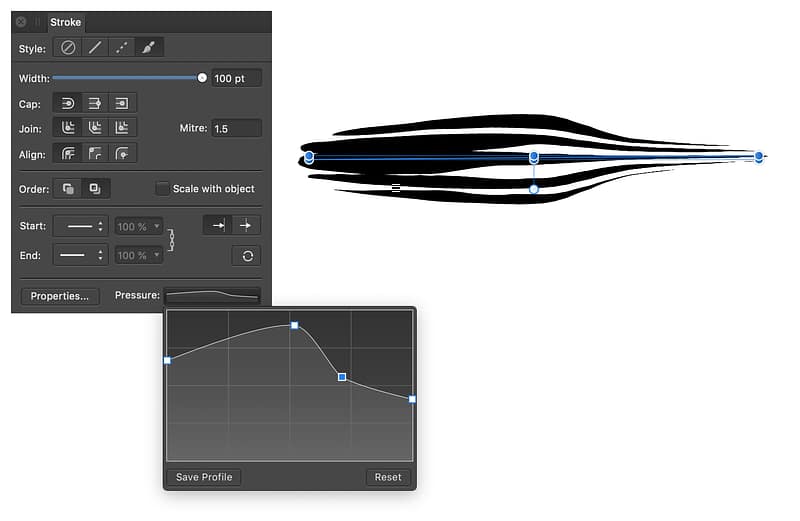 The advantage of using Pressure, is that will allow total control on how Octopus Brushes will look on your artwork. Let’s see a quick video showing it in action:

Octopus Brushes have been designed to be 100% compatible with Designer’s Pressure Curve, so you will be able to sculpt your strokes exactly the way you’d want them to look, they’ll fit beautifully in your artwork.

As you can see, by editing the pressure curve of your stroke, you’ll be able to make Octopus Brushes fit any path you need. Making your illustration look more natural, organic and dynamic. 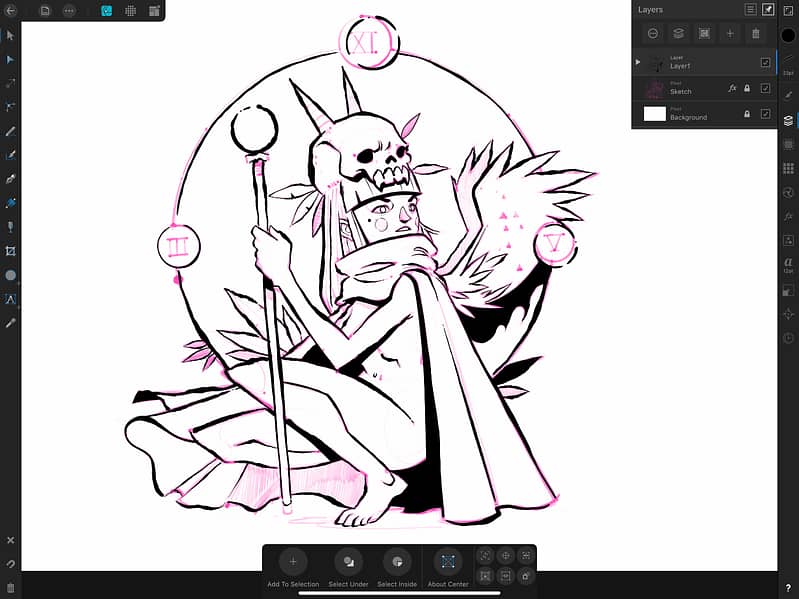 Since Octopus brushes tend to look all irregular and wobbly, it’s a good idea to trace all the contours of your drawing first, in order to have a better panorama of how the entire composition will look overall. Then, you may want to start working details and shading little by little.

Tip 5: Save (a lot of) time using special shading brushes

Octopus, comes with a nice assortment of brushes designed for shading purposes; borrowing techniques from traditional inking and linocut printing, amongst others.

Check out the video below to have just an idea on how these special brushes can be used on your illustration:

From shapes definition to shadow gradation, these versatile brushes will save you tons of time when incorporating intricate details onto your artworks.

To add a nice vintage and organic feel to your final artwork, Octopus includes two high-res texture overlays. Using them is really simple and will make your art look outstanding with just a few clicks. 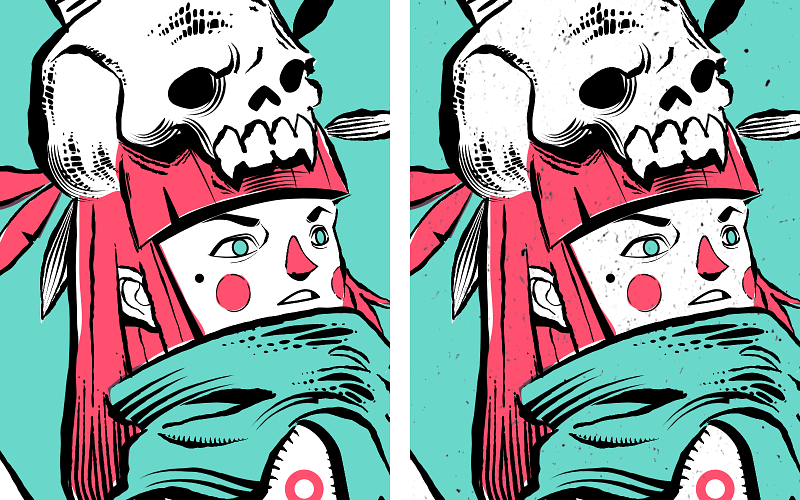 First, let’s add a paper texture using the texture named FT Grainy Texture (Darken Mode), located in your Octopus – Textures folder. As its name suggest, use it in Darken Mode for better results. It would also work in Multiply mode. 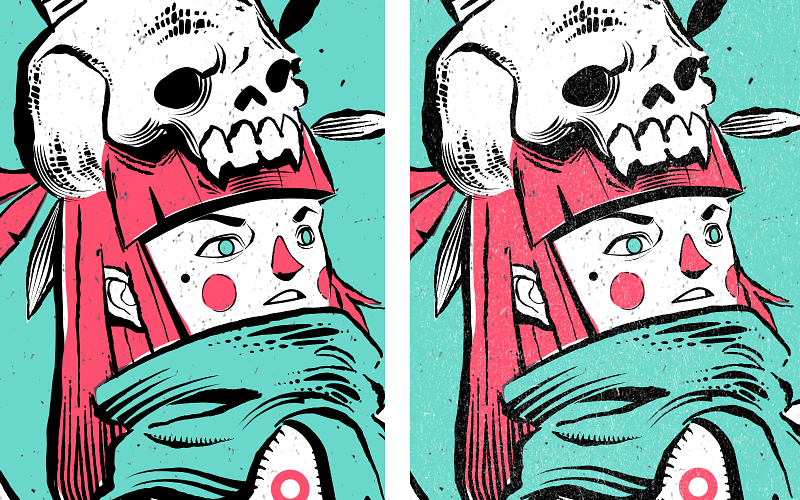 Finally, let’s add some grainy texture, to make our image look like a genuine antique print, with small bumps and peeled-out parts. Place the darker texture included with this pack called FT Worn-Out (Screen Mode), and as its name suggests, let’s use it in Screen Mode. 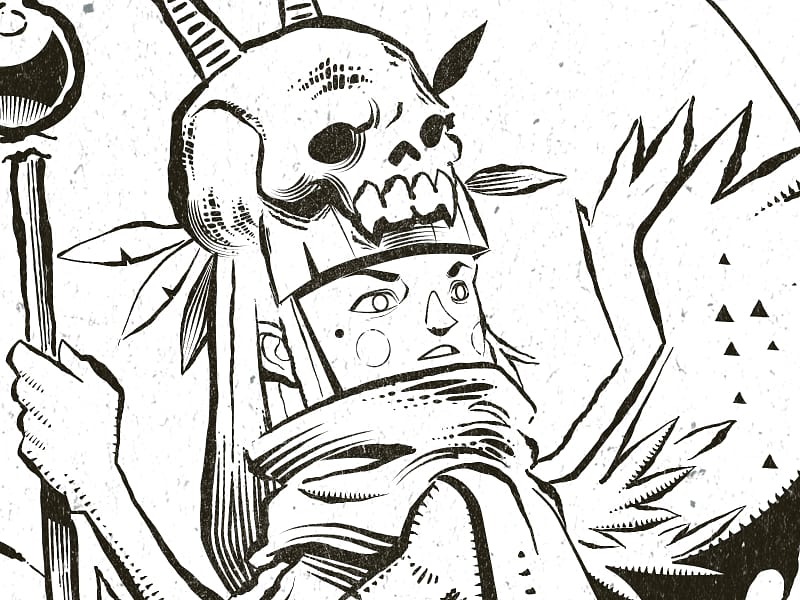 By combining these simple techniques and brushes, you’ll be able to come up with super complex and organic looking digital inks, using just our Octopus brush pack and Affinity Designer. Remember that this pack is fully compatible with Mac, Windows and iOS. 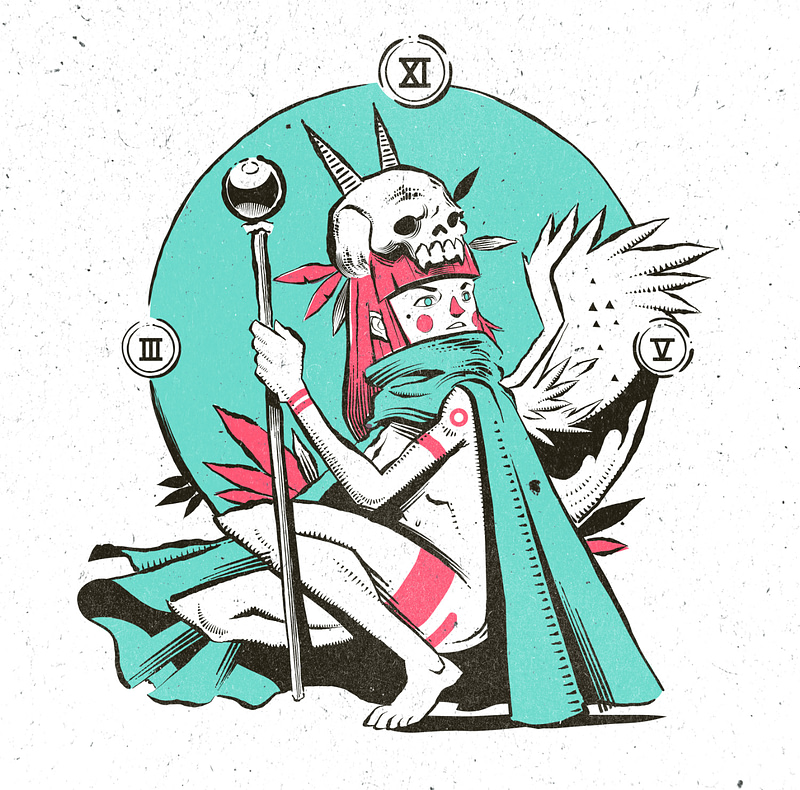